El Calafate is 316 km from Río Gallegos, and takes its name from the small Calafate bush, typical of southern Patagonia. This fruit is a very appetizing berry in the preparation of sweets. According to tradition, whoever eats calafate will return for more. But reality indicates that who knows El Calafate never wants to leave.

In October of 1867 a land expedition went to the sources of the Santa Cruz River, promoted, organized and financed by Cap. Luis Piedra Buena under the command of Guillermo Gardiner and companions, navigating the south bank of the river. They used 33 days round trip and 16 back. On their way they crossed the Bote River, they arrived near where Calafate is located today, they found the stream that comes from the hills and they spotted in front of an island of regular size - Solitary Island -. They passed through Chorrillo Malo and continued to Roca Lake, making partial surveys, they thought it was possible to find a step towards the Pacific. Important expedition for the effective discovery of the Lake (baptized by Moreno) Lake Argentino, and conditions that would facilitate other expeditions (water, pastures, trees, hunting).

In November 1873, Second Lieutenant Valentín Feilberg was appointed to explore the sources of the Santa Cruz River. The march in chinchorro with other crew members, they made it in 22 days, but because of the wrong information they had, they believed it was the Viedma. They raised the flag on an oar as a flagpole and left a bottle with a document proving their feat.

In late 1876 and early 1877, Carlos Moyano and Francisco Moreno made the first exploratory trip from Pavón Island, navigating the Santa Cruz River. On February 15, 1877 Moreno baptized Lago Argentino to the lake that originates that river. They continued north along the La Leona river to Lake Viedma. They reached the Chalía River, Lake San Martin and Lake Tar (name given by the natives). This expedition allowed to know the general information of the Argentino Lake. In the division of the North Arm and the South Arm they gave the place the name of Punta Bandera by depositing the National pavilion. They also baptized the mountains Frías, Buenos Aires, Moyano, Stokes, Fitz Roy and Punta Avellaneda.

In 1879 the Moreno Glacier was sighted for the first time by the English captain of the Chilean Navy Juan Tomás Rogers, giving him the name of the Director of the Hydrographic Office of the Navy of Chile "Francisco Gormaz", for sponsoring said agency the expedition.

Also years later Hauthal attached to the Argentine Boundary Commission, would call him Bismark in honor of the Prussian Chancellor.

In 1887 Agustín del Castillo was at Lake Argentino and at the foot of the Payne. In 1892 Alcides Mercerat, a French scientist made an excursion through the Santa Cruz River to the Argentino Lake and the Payne Mountains, making geological observations and gathering archaeological material.

In 1895 he traveled to the lakes Argentino, Viedma and San Martín Carlos V. Burmesteir, engineer in charge of the measurement of public lands and collector of the Museum of Natural Sciences of Buenos Aires and in 1901 he made the exploration and survey of the southern zone of the Santa River Cross 800 leagues.

In 1899 the final name would be given to the Glacier in honor of Perito Moreno by Lieutenant Iglesias in charge of studies for the Argentine Hydrographic Institute.

From El Calafate you can tour and delight yourself through an important fleet of micros for excursions, modern boats, specialized bilingual guides, travel agencies that organize trips and excursions that range from the classic viewpoint of the Perito Moreno glacier, to bold expeditions that cross the glaciers from side to side.

El Calafate from the book Joiuen Tsoneka (tehuelches legends) by Mario Echeverría Baleta
Koonek, the old sorceress of the tribe was too exhausted to continue walking north, winter was near and we had to look for places where hunting was not lacking.
As usual in these cases, a good kau was built and abundant food was left, but surely it would not be enough for the whole winter. At that time there were no horses or caulks.
She was totally alone, even the birds migrated with the arrival of the first snows, but she remained inexplicably. At the arrival of spring, the first swallows, some plovers and some restless mousetraps appeared. Koonek was surprised by the attitude of having left her alone, mired in silence, to whom the birds responded that this was because during the winter they had nowhere to shelter from the wind and cold, and in the fall food was scarce.
Koonek, without leaving the awning answered them. - “From now on they can stay, they will have shelter and food”. When they opened the kau, the old sorceress was gone, it had become a beautiful spiny bush of damaged yellow flowers that by the middle of summer were already purple fruits of abundant seeds. The birds ate their fruits, also the Tsonekas and spread the seeds of aike into aike.
The birds never left and those who had left returned to find out. That is why: "He who eats caulks, returns" .-

Mythological legend "Kospi" from the book Joiuen Tsoneka by Mario Echeverría Baleta
Kospi was the name of a beautiful girl who lived in the south when the plants had no flowers. Many young hunters traveled long distances to admire her and receive the gift of her smile. Kospi spent time on the tasks of the Tsoneka woman, sewing quillangos, painting them, preparing paintings, knitting blankets ... or combing black and straight hair looking in the mirror of the Lake. That was the afternoon when Karut (thunder) the lord of the mountain abducted her by hiding her in a deep cavern in the glacier.
In vain he called, but no one could hear her. His grief was so great that it turned to ice and was confused with icebergs.
When Karut could not find her, he bellowed again and again, but their voices only managed to wake up to the rain that came hurriedly and flowed abundantly. Kospi turned into water, went down the silver of the streams to sink into the valleys.
With the arrival of spring he climbed the stems of the plants and peeked into a flower to look from there and forever to the people of his race. Since then in the Tsoneka language Kospi is called flower petals. 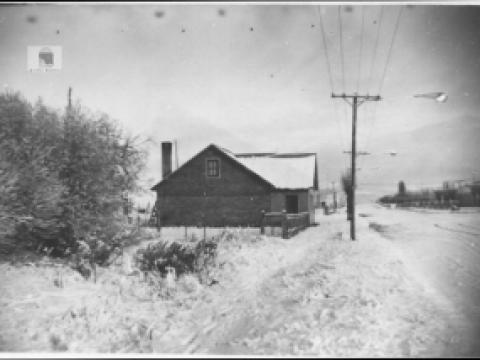 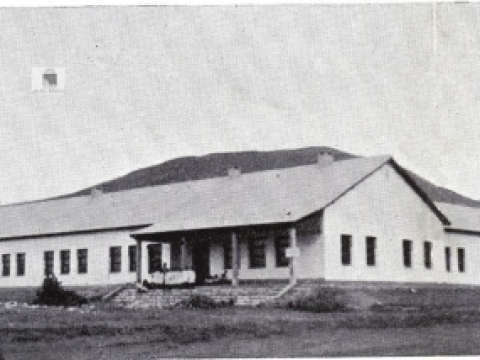